One of the most dangerous and infuriating things about water leaks in your home, is the fact that you can have one and not know about it for quite some time. Particularly if the leak is relatively small, they can go undetected because the short-term effects aren’t abundantly clear. That said, over time you will begin to notice certain changes which might notify you of a leak.

In this post, we’re going to share certain things for you to look out for. If you have any of the following problems occurring in your home, then there’s a good chance that you should hire a water pipe leak detection company. 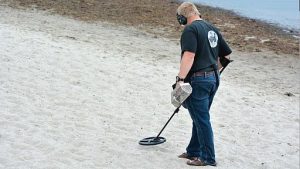 Have your utility bills been on the rise?

After so many years of living in a property, you get a feel for your utility bills and what is regular and irregular. So, if you haven’t had any changes in your circumstances and your water bills have crept up rather significantly, then there’s a good chance that you have a leak somewhere on your property.

Of course, before rushing in and calling a water pipe leak detection company, it might be worth contacting your water supplier first. It might be that they’ve simply upped the charges, however the odds of that happening without them notifying you prior to the event is unlikely.

Patched of damp and mould appearing out of seemingly nowhere

If you’ve never had much trouble with damp in your home and it is particularly well-ventilated, then damp and mouldy spots should take you by surprise. You can do one of two things: do your best to clean the mess up and ventilate the room sufficiently to tackle the damp. Or alternatively, skip straight to hiring a water pipe leak detection company, to be on the safe side.

Even if you don’t have a leak and it was indeed simply down to excessive moisture in the air, at least you’ll have your answer. It’s better than allowing a leak to persist undetected as they can cause your property some serious damage in the long-run. 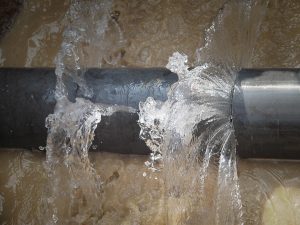 The first place you’ll notice a loss in water pressure is in the shower. If you’re like me and you love a particularly powerful shower after a long day, then you’ll understand the frustration that you feel when water seemingly trickles out of the shower head. If this occurs, then you could well have a leak. Of course, there may be other explanations for it, though the most likely is that there is a leak somewhere in your property and you should endeavour to detect it immediately.

Should you have any doubts, we would highly recommend that you get on to your local Australian Locating Services company. They will be incredibly well-versed in locating water pipe leaks which could otherwise go undetected for months. This will allow you to rectify the problem immediately and restore your home back to working order! Happy hunting.